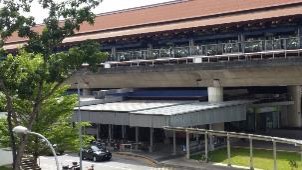 The scheduled completion date was June 2016 but with our team’s best effort we managed to complete it 6 months in advance in December 2015.